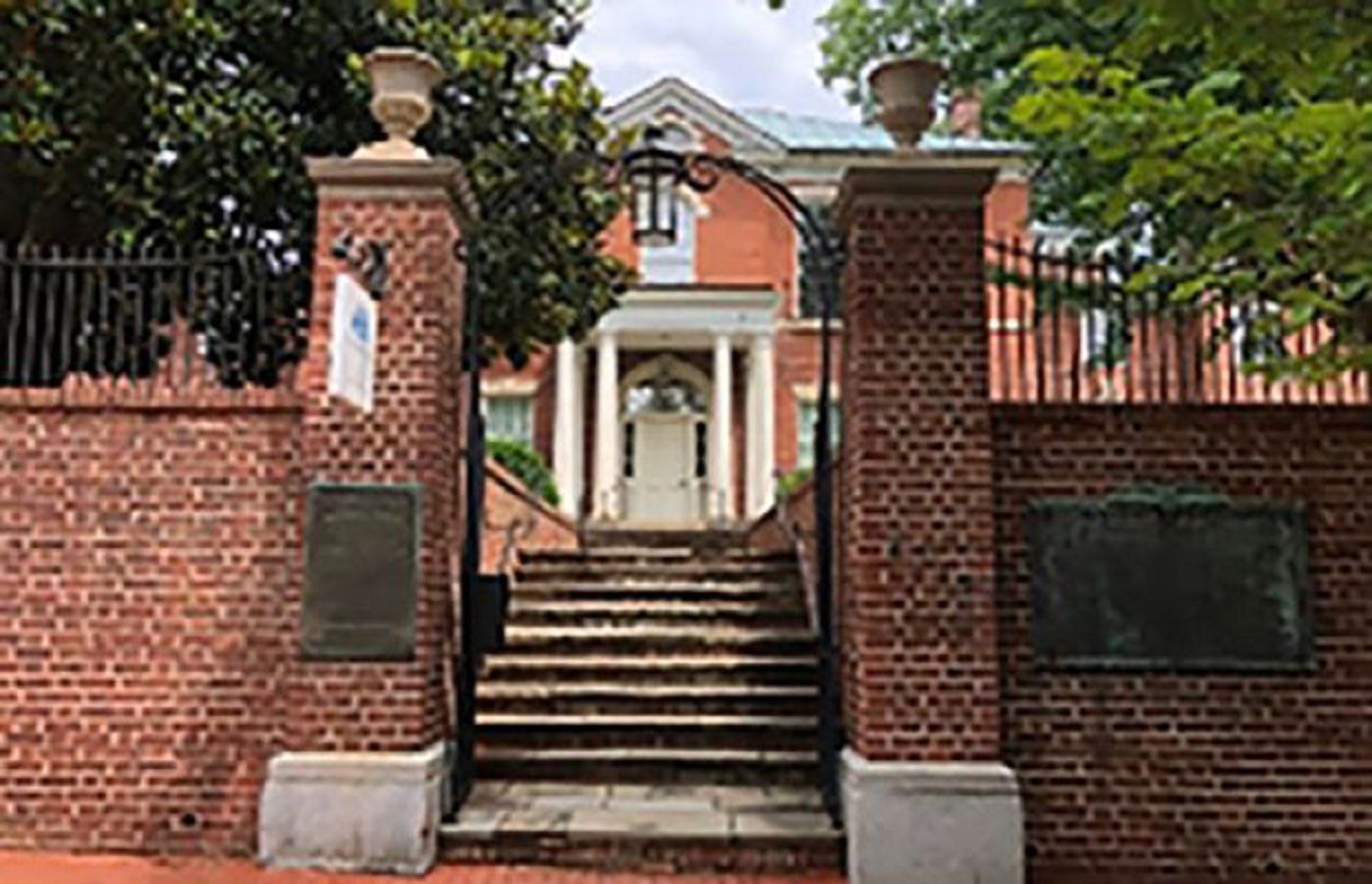 This fun tour features historical sites and stories from the 18th and 19th centuries. We have museums, mansions, famous homes, a cemetery and of course a stop for ice cream! Join me!!!! 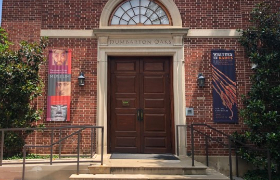 By now you should be standing in front of the Dumbarton Oaks Museum. Let me tell you a little bit about this place, as its origins are pretty fascinating. You know the phrase, “it’s all in a name”? Well in the 1920’s, this was about two names combined into one. First, let me tell you about where the name Dumbarton came from. This is the part where a prisoner of war and a rock in Scotland come into the picture. It was 1650, when Ninian Beall (Bell) ended up on the losing side of a war and was shipped to America as a prisoner of war. Eventually he would rise from being an indentured servant to a Member of the House of Burgesses, and a Commander and Chief for the Maryland and Virginia military. Not too shabby for Ninian. And if that wasn’t enough, in 1702, Lord Baltimore granted him thousands of acres of land as a thank you. I guess that’s what you do when you run out of thank you cards and nice bottles of wine, you give away thousands of acres of land. Totally makes sense. \r \rAnd can you just see Bell as he’s gazing out over his newly acquired land and announces to all who can hear him, “This land is so lush, green, and beautiful, I simply have to name it after a giant rock in Scotland, the “Rock of Dumbarton. So I shall call this land, Dumbarton!” And the crowd cheered and chanted “Dumbarton, Dumbarton, Dumbarton,” while they lifted Bell off the ground, passing him from one person to the next above their heads, which is how crowd surfing first became a thing. Ok, while that’s probably not EXACTLY how it went down, the land did remind Bell of the Rock of Dumbarton. But who knows, maybe it really did go down the way I imagined it. \r \rThe name “Dumbarton” lasted about 160 years, before the residence began referring to it as “The Oaks,” because...you guessed it, the land was filled with huge, beautiful white oaks. Clearly, the residence put a lot of thought into that nickname. It’s like when my daughter got her cat and spent hours coming up with the perfect name...Cat. But whether you happen to be the first owner, or a resident over the years, what REALLY counts is being the last private owner of the estate, that way you get to name it whatever you want. Which brings us to Robert and Mildred Bliss, who decided to combine the two long-standing names, and calling their estate “Dumbarton Oaks.” You might be thinking, “I’m pretty sure a fifth grader could’ve figured that out.” While that may be true, and a little snarky of you, I would counter with...would said fifth grader know that Vice President John C. Calhoun was at one time a resident here during his first term in office? Yeah, I didn’t think so. In 1940, after all their hard work in restoring the manor and gardens, the Bliss’s donated the property to Harvard University to become a research institute. It’s dedicated to the study of Byzantine (By-zan-tine) and pre-columbian art. Who knew Dumbarton Oaks would eventually become a research institute for Harvard! Nothing DUMB about that. Get it? Nothing dumb, DUM-barton. See what I did there? If Harvard had a scholarship for funny, I’d be at the top of the list. Now that you’re caught up on how this place was named, it’s time to discover the incredible collections of artifacts, rare books, and exhibits that will amaze you, on the other side of these doors. If you don’t have time to explore the museum right now, keep the museum on your left and head straight to the next intersection, R st NW, as we make our way to the Gardens . But definitely come back when you can. For those who do have time, go on in and explore at your leisure. Make sure you find the Tlazolteotl (tl-oz-all-tatle) sculpture, you’ll recognize it from the golden idle Indiana Jones stole in the beginning of the “Raiders of the Lost Ark.” While you probably won’t have thousands of wooden darts flying at you, or a giant stone intent on rolling over you crushing every bone in your body, I still wouldn’t recommend trying to steal this Aztec Goddess. But that’s just me. It’s your vacation and I say carpe diem, baby. When you’re done, come back to this spot, and with the museum on your left, head to the next street, R st NW, and we’ll go from there. 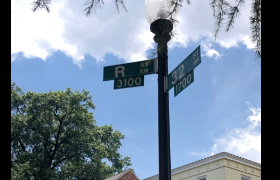 You’re now at R St NW. Take a left, and soon you’ll pass the first gated entrance to the garden, but don’t stop there, what we’re looking for is the second gated entrance. Originally these gates were massive thick paneled wood, until 1956, when Mildred Bliss commissioned Ruth Harvey to replace them with the wrought-iron gates you see now. Good call, Mildred Bliss! These gates are BLISSful to look at. Did you catch that? BLISSful. Killin’ it.