Your sightseeing journey of Washington, DC begins at the U.S. Navy Memorial, located in the heart of the capital, halfway between the White House and the U.S. Capitol Building. 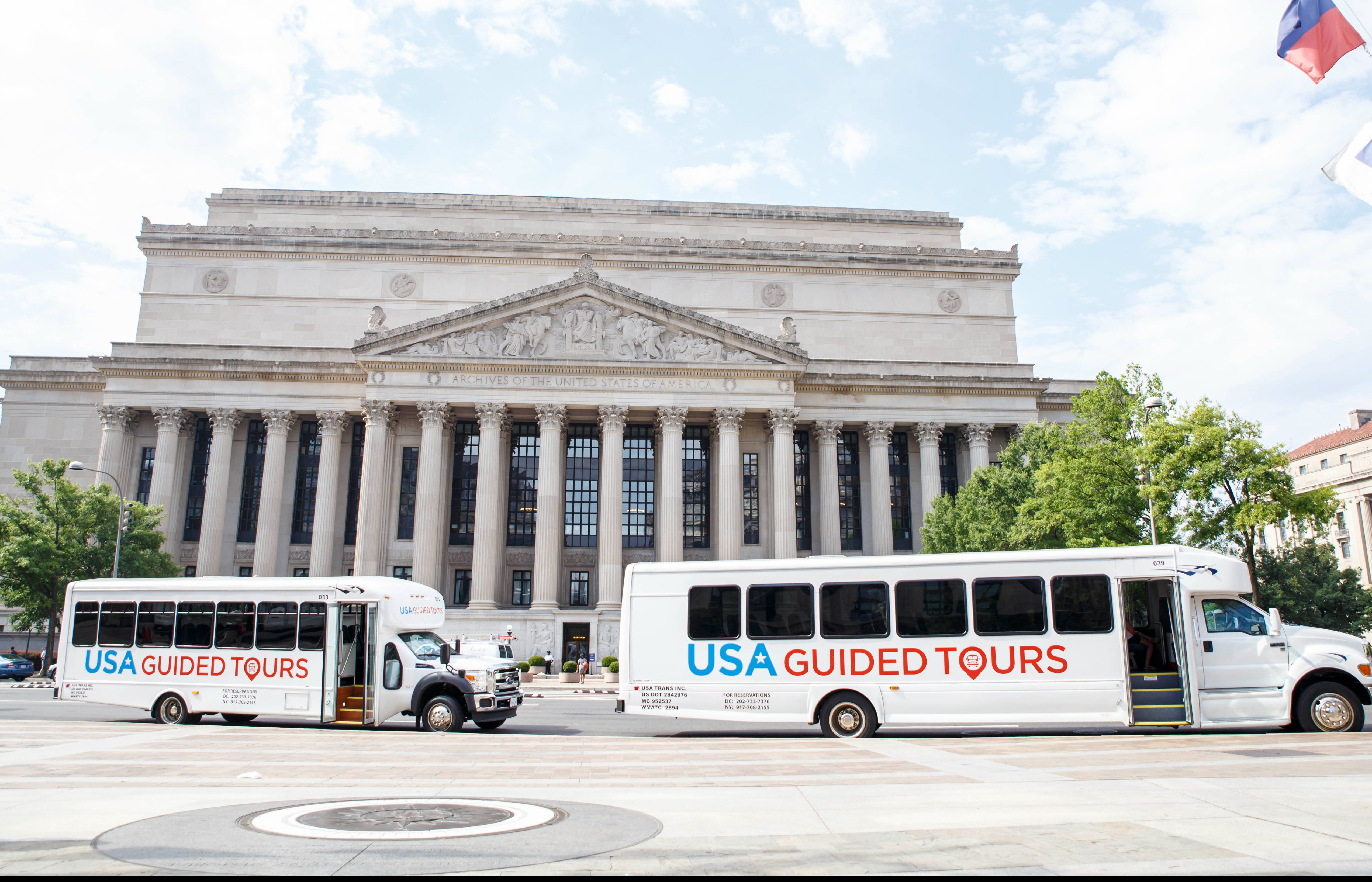 Here is where you will meet and get checked in by our Morning dispatcher, they will get you boarded on the bus to commence tour. 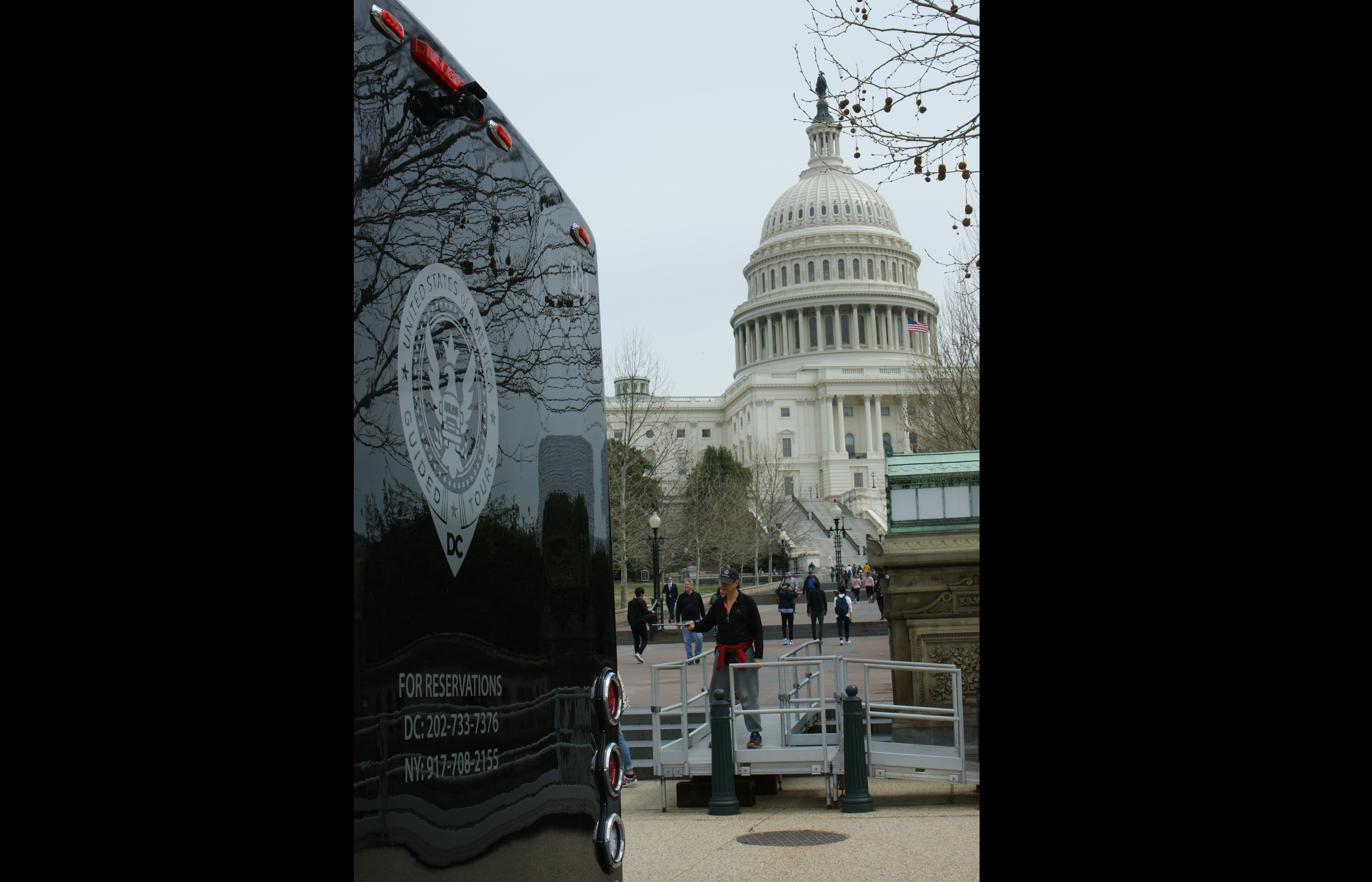 On your way to the U.S. Capitol Building (first stop), you will pass the National Archives, which houses historic U.S. documents - the “Three Charters of Freedom” (the original Declaration of Independence), the Constitution, and the Bill of Rights. 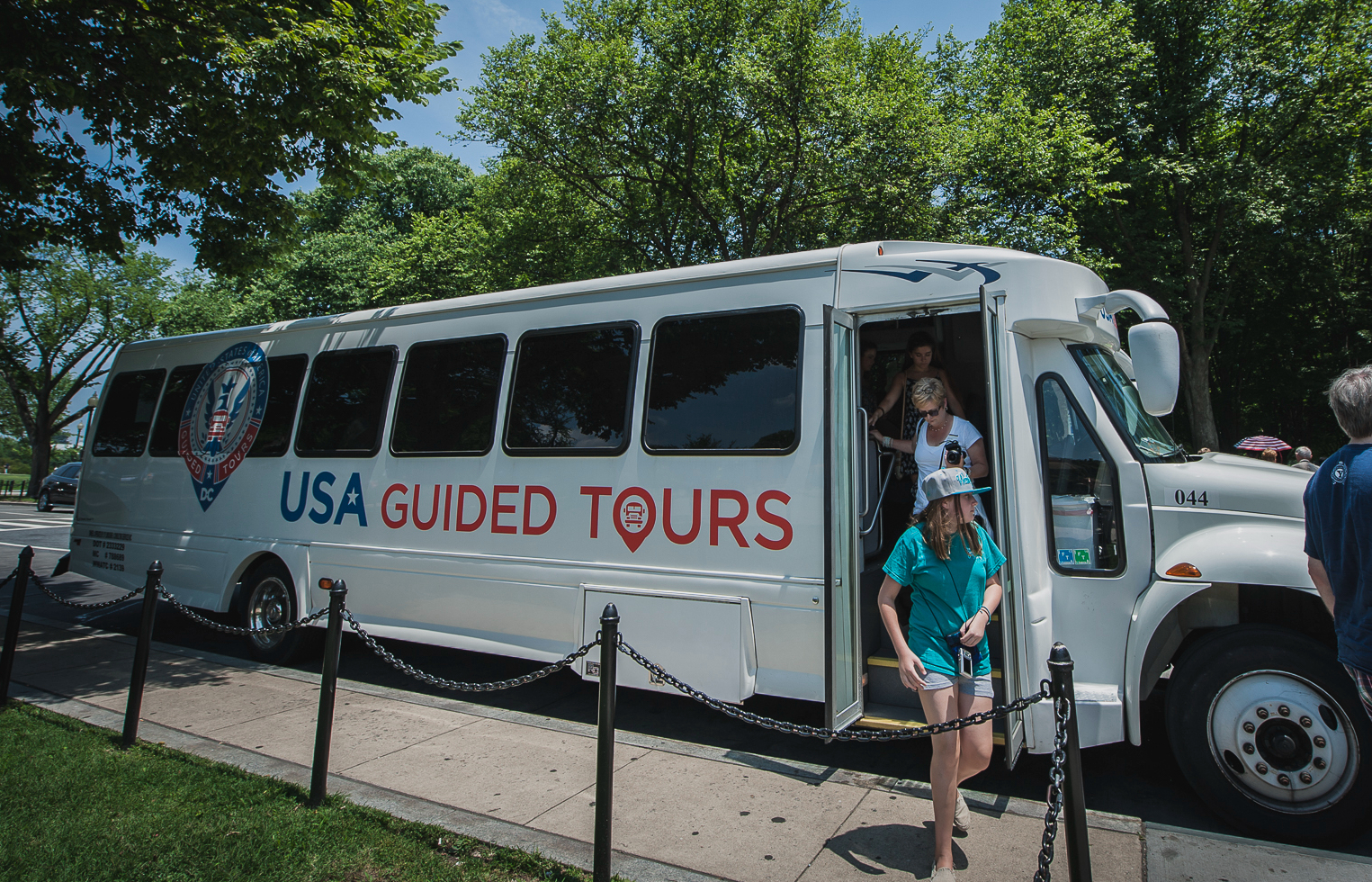 On your way to the White House, you will pass the U.S. Botanic Garden, Grant's Memorial, the U.S. Navy Memorial, the Robert F. Kennedy Department of Justice, and the J. Edgar Hoover Federal Bureau of Investigation. When arriving at the White House, you'll see the Executive Residence of the President and his family, as well as the Eisenhower Executive Office Building. This stop also includes a walk past Lafayette Park, honoring the Marquis de Lafayette, leader of French revolutionary forces. 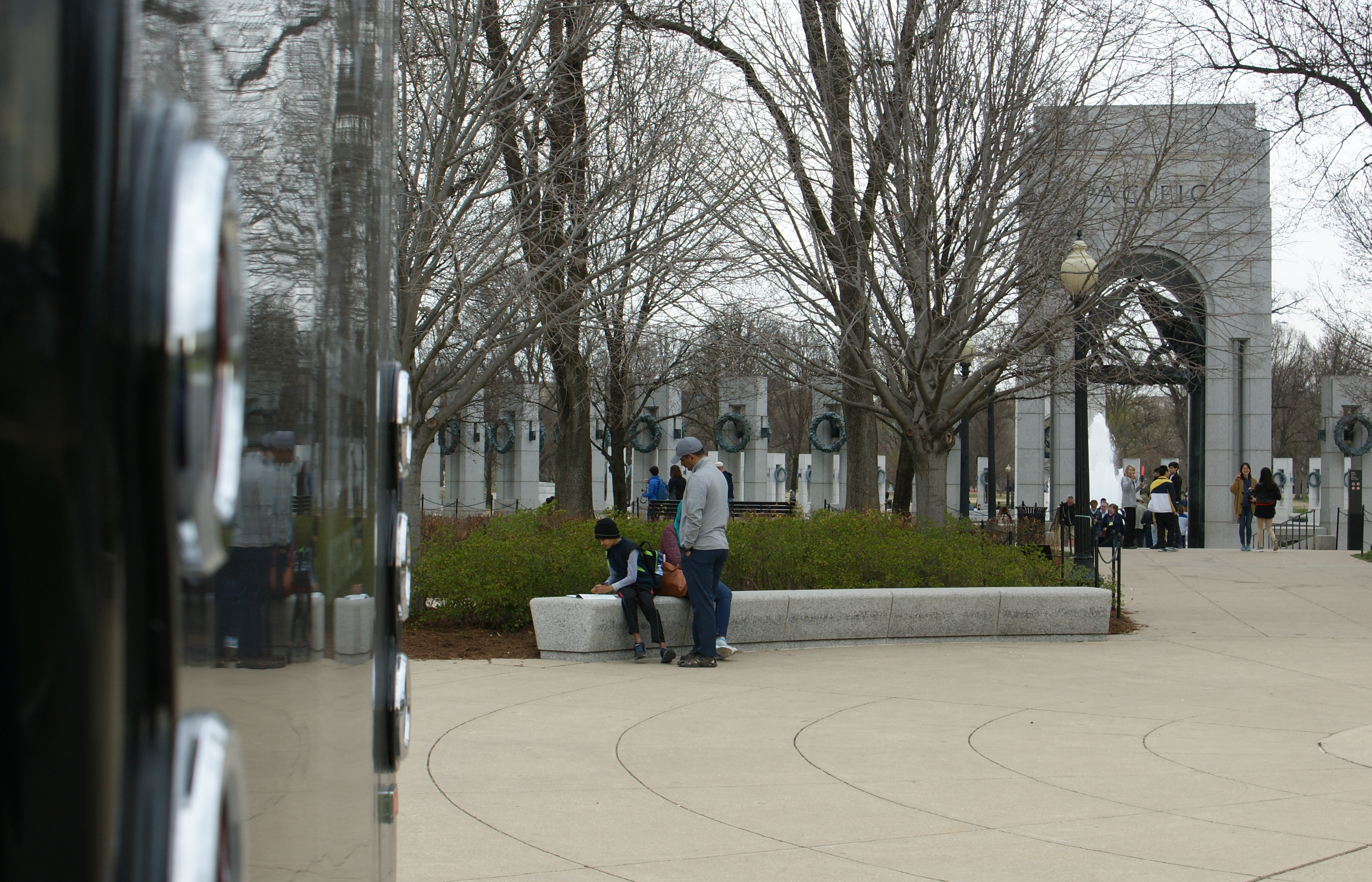 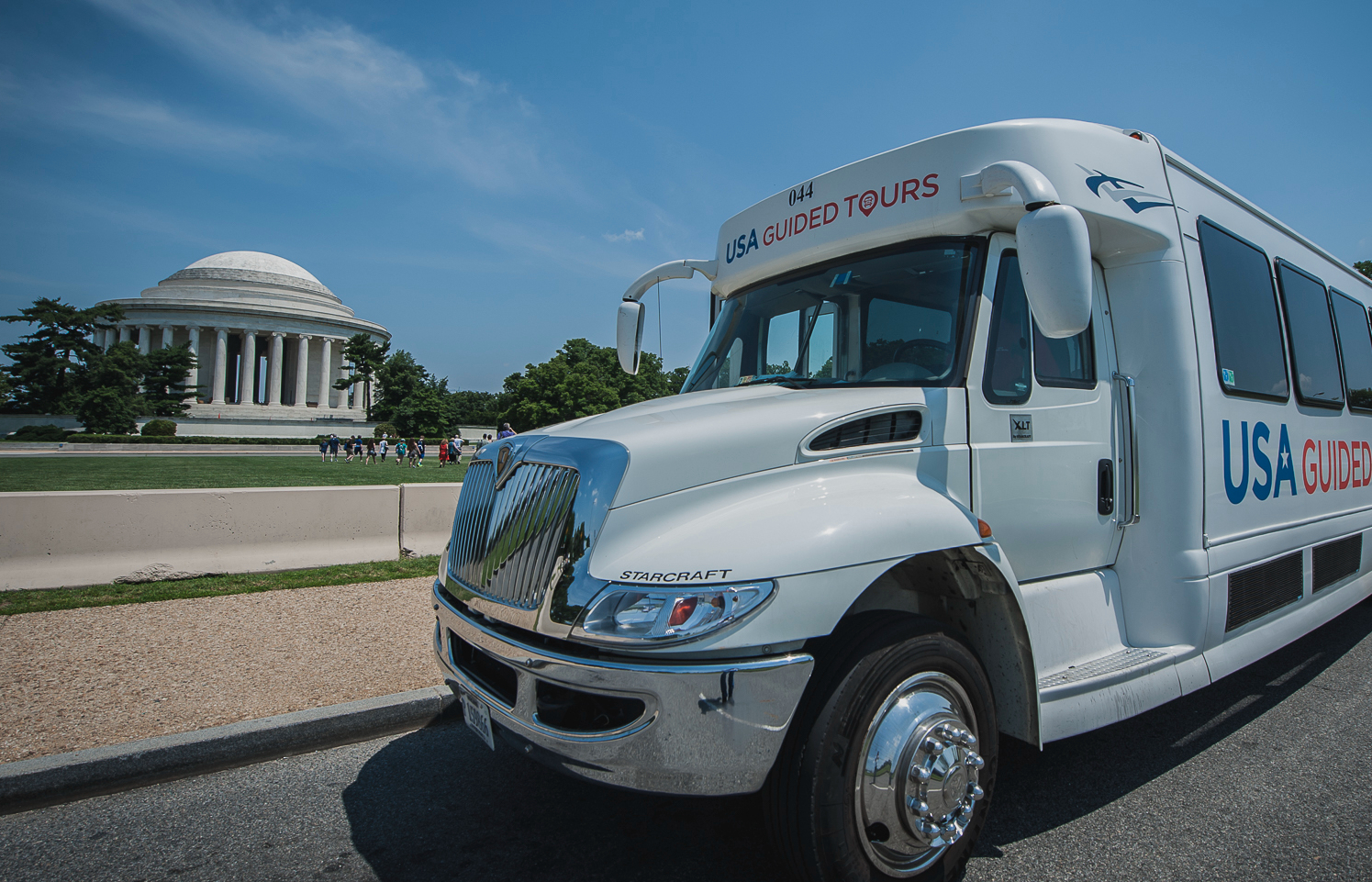 Here, you will visit Thomas Jefferson Memorial. Dedicated to the third president of the United States and author of the Declaration of Independence, Thomas Jefferson, the memorial rests in the heart of the Tidal Basin 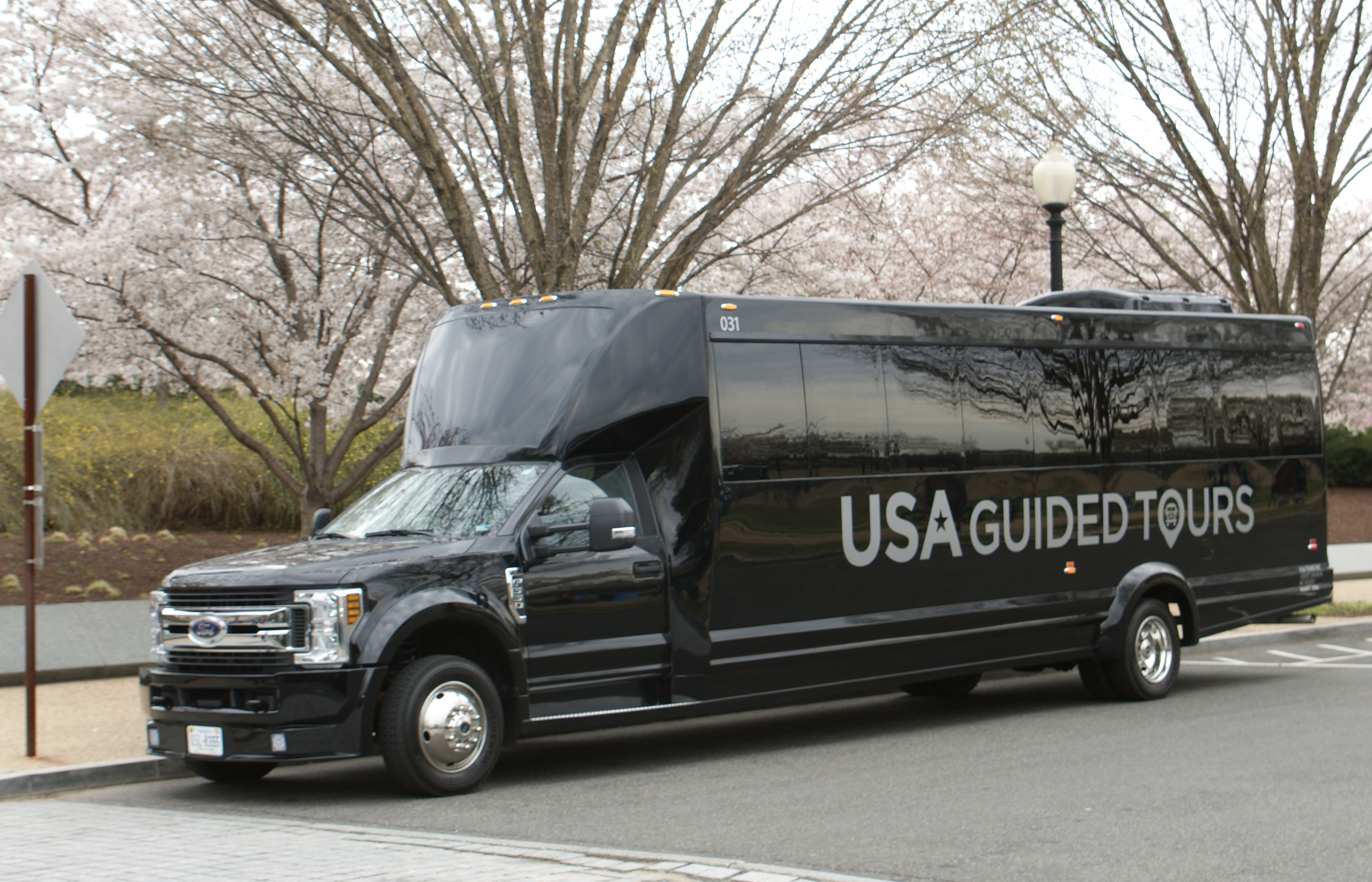 Onward to our next stop - the Reverend Dr. Martin Luther King, Jr., Memorial – dedicated in 2011 – located just across the Tidal Basin. 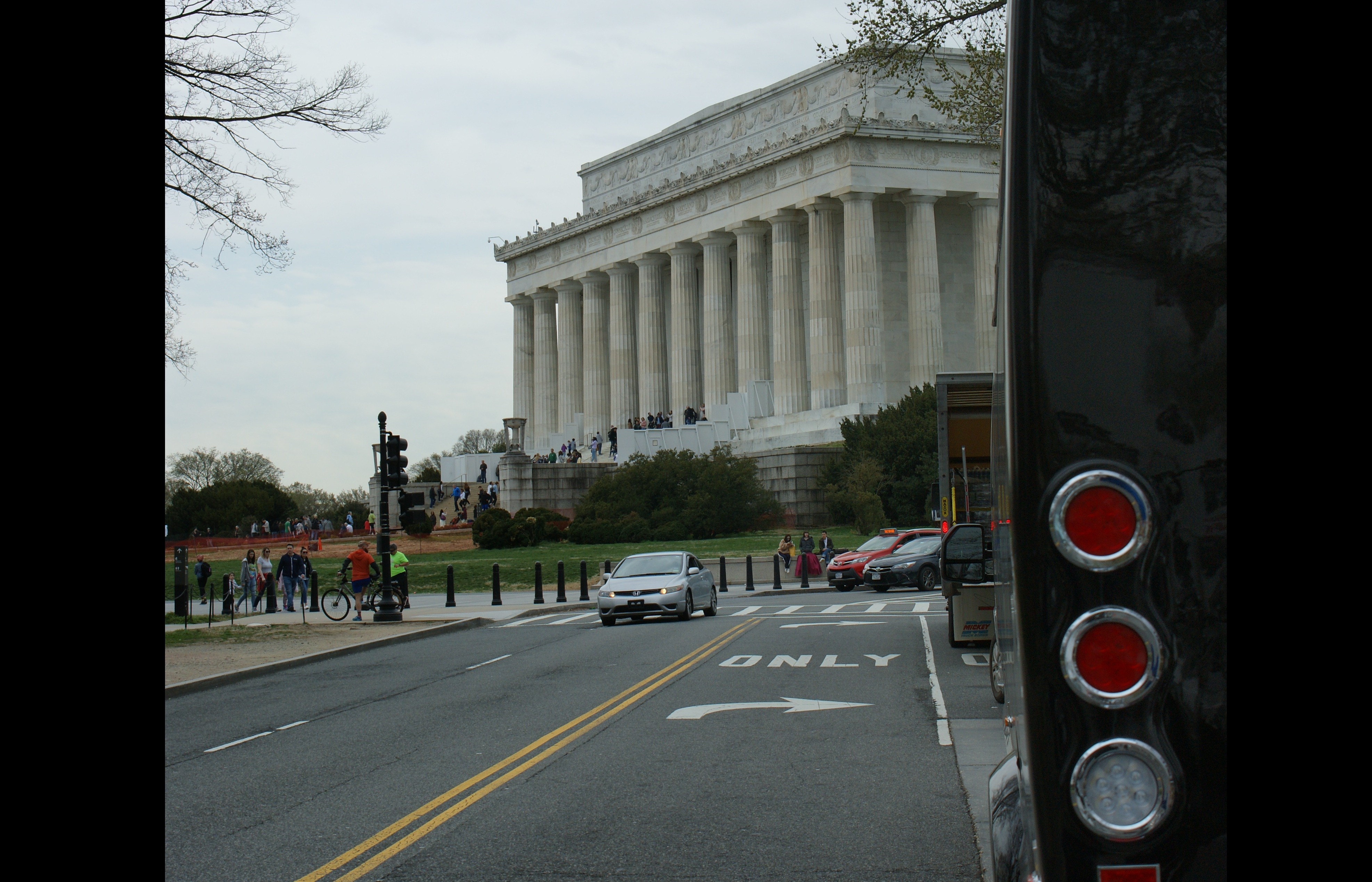 On the walking portion of the tour, you will ascend the steps of the Lincoln Memorial to observe the world-famous statue of America’s 16th president.